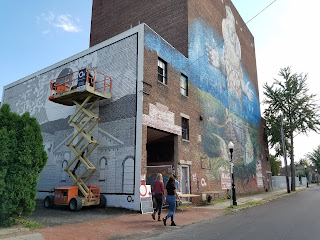 Kingston has storied history. This Hudson River city was the first capital of New York before it was burned by the British in 1777, and it lived richly in the 19th Century as important rail and canal transit hub. The oldest still-standing church, First Reformed Protestant Dutch Church of Kingston, was organized in 1659. The City’s three historic districts draw visitors for historical reenactments, trendy shops and riverfront festivities. The walkable 8-block Uptown Stockade District is an early settlement filled with Dutch buildings.

Kingston has also found fame for its modern public art. The 2000s brought a steady stream of wall murals to the city’s streets, some occupying the entire side of buildings. Themes vary and include environmentalism, migration, recognition of indigenous heritage, and other social justice issues. Works are dispersed throughout the city and visitors can stop at the arts council for a map enabling a self-guided tour. More murals are revealed each year during the annual O+ arts and music festival. 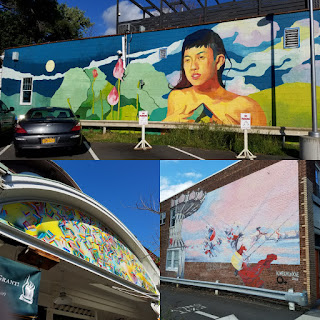 Many residents welcome the artworks and the business the festival brings each year, but the works find the dismay of some historical preservationists. How can a striking 20-foot-long Atlantic sturgeon painting get approval on a street where laws dictate paint colors must blend with and complement others? How can a 6-story mural of the Greek goddess Artemis cover decades-old historic advertisements painted on buildings? There are a bunch of answers that draw ideas from the U.S. Constitution’s protection of freedom of expression, the transient nature of wall art, and the need for neighborhoods to avoid stagnation and attract new generations. 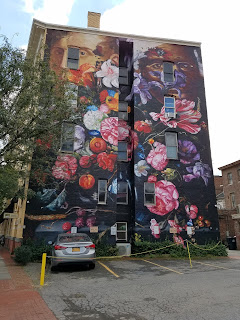