A space for all things 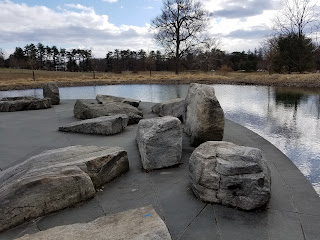 With its asymmetrical leaning stones and border of water Parliament of Reality looks like a Japanese rock garden but it’s inspiration actually comes from Iceland. Since 2009 Icelandic artist Olafur Eliasson’s first permanent outdoor installation has rested on Bard College’s campus in Annandale-on-Hudson. Modeled after Iceland’s parliament structure, called Althing, which is the oldest parliament in the world, the installation sits in the campus’s North end across from the massive Fisher Center for the Performing Arts. 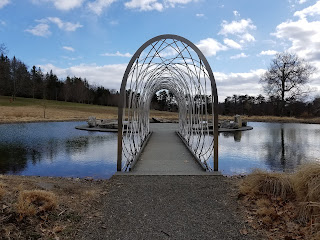 The work consists of a stone island surrounded encircled by water and reachable by a bridge covered in a steel  lattice tunnel. Althing translates to “a space for all things,” an idea conceived with the life of the campus in mind.