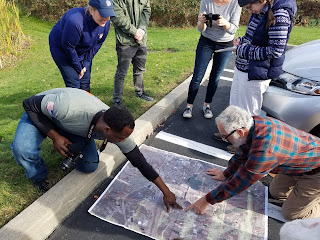 What’s in our water and where does it come from? Answers to these questions and more were the focius of the illustrated at watershed tour in Newburgh on November 4. Led by Peter Smith of the Quassaick Creek Watershed Alliance, the goup of over 20 participants toured almost a dozen stops of the local watershed area. A watershed is a catchment area of land where precipitation collects and drains into a shared outlet such as a river or reservoir. The path, if not protected, makes water sources vulnerable to contamination. This area, which supplies the City of Newburgh’s water, is located in a heavily industrialized section of the neighboring Town of Newburgh and the City’s lack of ownership limits oversight. 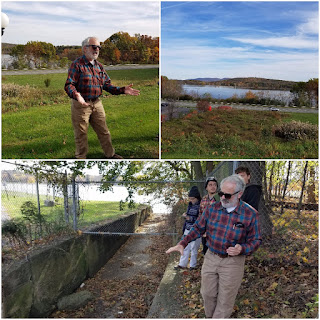 Tour stops included the large water source Washington Lake and a water gatehouse on Route 300 next to Adams Fairacre Farms. We toured an industrial site off Route 17K which feeds into Washington Lake, and followed it downstream to the wetlands near Hampton Inn and the NYS Thruway. The highway runs right through a wetland that drains into Patton Brook. Next was a section of Orr Avenue behind Cosimo’s restaurant, a marshy spot behind Wal-mart, and a hilltop view of Washington Lake adjacent to Route 300 which showed the road at its lowest point and its storm drains as they filter into the lake. 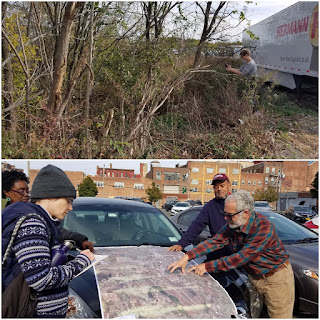 It was interesting to learn that though the wetland that encompasses our watershed area would have been sizeable enough to warrant protection if it hadn’t been broken into smaller areas by manmade boundaries like highways. Peter demonstrated each stop’s features in digestible language and helped everyone track the path water takes from the watershed to our kitchen faucet. 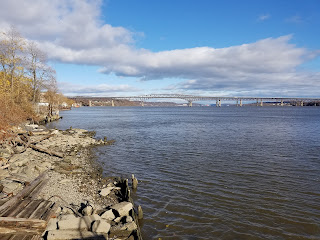 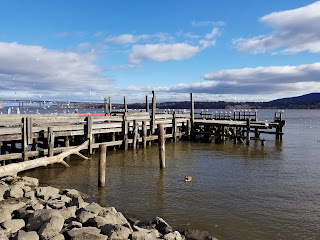 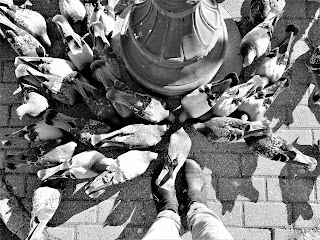 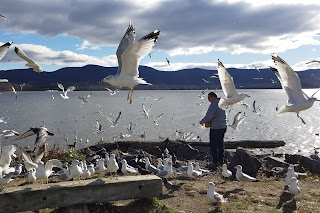 Posted by Lauren Berg at 9:00 AM No comments: