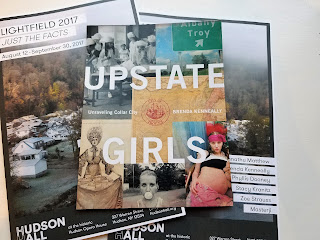 Known as “Collar City” because of its roots in textile production, the City of Troy in Rensselaer County has a storied history as one of the most prosperous cities in American history. Through much of the 19th Century and into the early 20th Century the city was home to thriving shirt factories and steel mills. Its position along the Hudson River made Troy a key point for meat and vegetable shipments from Vermont to New York City. A significant source of the city’s wealth came from the steel industry. Ore and coal were shipped from the Midwest on the Erie Canal to Troy, where the materials were processed before making their way down the Hudson to New York City. Today, early examples of the nation’s first steel structural supports and iron storefronts can be found in the city’s architecture. Rensselaer Polytechnic Institute, one of the best engineering schools in the country, was founded there in 1824.

Photographer Brenda Kenneally’s exhibit Upstate Girls: Unravelling Collar City tells a much different story. The city that was once a shining start of the Industrial Revolution has been hit hard by industrial decline. By 2013, the City’s poverty rate had reached 28% and unemployment hit 8.3%. The Troy residents pictured in Upstate Girls are young women from families who have been left behind by another kind of revolution. 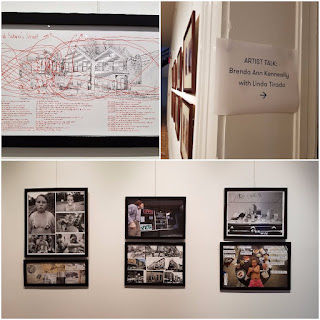 During an artist talk on August 26 at Hudson Hall in Hudson, Kenneally introduced the audience to her project that documents a group of teenagers in poverty-stricken Troy as they move in and out of apartments, serve prison sentences, have babies, and live through addiction, broken families, and failing relationships. In her short film “Blood and Jelly” she shows families celebrating births, eating food, and living lives in their homes. The babies are being born to teenage girls, the food is almost entirely highly processed, and the apartments are filthy and disorganized. Children are unclothed and adults wear pajamas all day. Kenneally talked about the prevalence of sugary and salty foods and how their addictive nature keeps people like her subjects placated. 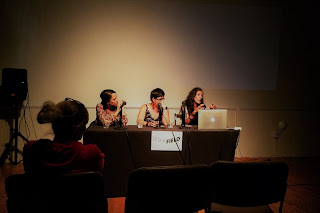 Also present was writer Linda Tirado who, along with Kenneally, recounted her experience living in poverty and how addiction contributes to the overwhelming prevalence of chemically manufactured food in the diets of poor people.  “The addiction manifests itself even when you don’t realize it,” said Tirado.

Kenneally and Tirado responded to the common why-do-poor-people-eat-so-much-junk-food reaction to their work with the fact that poor people, especially those living in food deserts, and must choose between terrible and worse. The two women recounted a shared experience of the social backlash to their work. Their willingness to share the stories of the poor opened their subjects, and themselves, to vile reactions and judgement from viewers. They talked about how we demoralize lower classes for how they comfort themselves and how at the same time they’re not able to defend themselves. Part of the problem is that there exists insufficient language to help us talk about how little people exist on. Tirado explained these two tracks of society were as firmly in place in the past as they are today, and she doubted that people could have an honest discussion in the current political climate when people are consumed with fighting about what’s fake news and what is not. 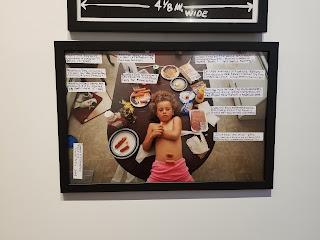 Kenneally’s work was displayed as part of the LightField festival of “lens-based art” spotlighting social issues and generating discussion about the role of visual storytelling, as well as including diverse participation from the community of gentrifying community of Hudson. The Hudson Hall displays were part of the JUST THE FACTS exhibit investigating marginalized people left behind by technology and globalization.

Kenneally’s photos, of survival and resilience, will be released in a 300-page book in 2018. She established A Little Creative Class, Inc., a nonprofit, to benefit people like those pictured in her work. The mentorship program targets youths ages 18-21 who live outside of New York City, offering them opportunities to explore art and help them reach their full potential and find economic self-sufficiency in an increasingly idea-based economy. The program removes youths, whose capacity was diminished from the beginning, from the daily drama, scarcity and violence of their neighborhoods to expose them to a drama-free environment where they can explore art and science. The organization’s website outlines the science behind child development and creativity:

Creativity may be hard to nurture, but it’s easy to thwart. By limiting rules, parents encouraged their children to think for themselves. They tended to “place emphasis on moral values, rather than on specific rules,” the Harvard psychologist Teresa Amabile reports. 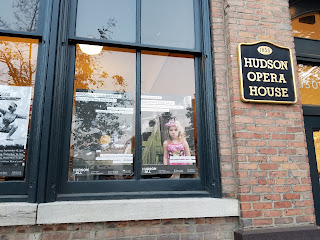 Some of the Little Creative Class participants were present at the artist talk and spoke about their experience. Participants who return to their communities are encouraged to act as mentors, bringing knowledge, connections, and tools to new faces.