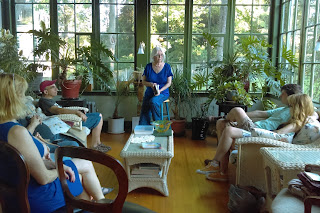 What is it like to pack for a destination unknown? To leave a war torn home, unsure if you’ll ever return? These are the questions faced by the protagonist in Marina Antropow Cramer’s novel Roads. The author read excerpts from her novel and answered questions at the Fullerton Center for Culture & History in Newburgh on Saturday June 24.

Set in Yalta and Germany during the World War II, the story follows Filip, a young Russian man whose life is put on hold by the war. Filip dreams of going to university to make his mark in the world as an architect, but is stopped by the war which robs him of the some of the most formative years of his life and now he and his family can only try to stay alive. 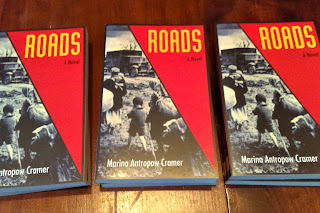 Antropow Cramer talked about the political climate of the region during Nazi descent into Filip’s homeland and how families had few options. An excerpt illustrated the family considering what to take when they realized abandoning home was imminent. They questioned what would happen to the items they left behind. Even if refugees were given the chance to return home they found it much different than before they left.

The author talked about how most books explore a question or seek to help people better understand something. Her book’s theme centers around the plight of refugees. Antropow Cramer was born into a family of refugees from the Soviet Union

She had heard stories and as she would explain her ancestry, realized she didn’t know the material well. ”When you don’t know much, it shows when you try to explain it to someone else,” she said. 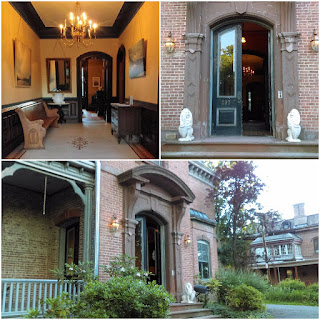 The book is not about her family, but is set around the experience shared by her ancestors. Armed with the knowledge that stories can be nostalgic and romanticized when passed down through the oral tradition, she first made sure the historical framework of dates and events was accurate. Antropow Cramer visited the area, but not Yalta itself, and she encouraged us to question if that fact is an advantage or not. Would actually being there help the author tell the story? The Yalta of today is much different than the Yalta of the 1940s.

The title “Roads” stems from a 1945 song dealing with war, brotherhood, and losing and leaving people. Song, food and stories are a common thread of the refugee tapestry. Does the story have a happy ending? The author says that’s a matter of interpretation.