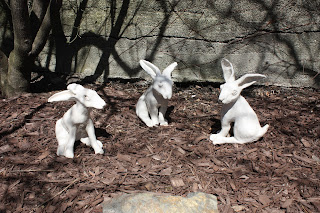 
Judith Kepner Rose’s rabbits are not the hiding type. They’re more like the inquisitive rabbits in petting zoos or Disney movies. The sculptured subjects of her Gathering of Rabbits exhibit spent time earlier this year in the garden welcoming spring at Gallery 66 NY in Cold Spring. The hefty pieces lined the perimeter of the gallery’s garden, eagerly greeting visitors who are equally curious. 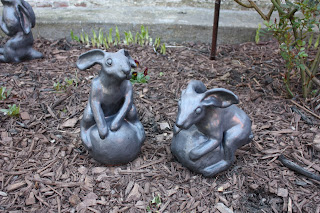 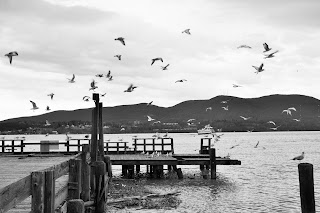 The Hudson River was named for English sailor Henry Hudson who traveled the river in 1609. Made official in 1664, the naming was an attempt by England to justify its takeover of the region. But of course the area already had a name: Mahicanuck, a Mohican word loosely translated to "river that flows two ways."

The Hudson runs from the Adirondacks to the Atlantic Ocean. In geologic terms it’s a “drowned river” in which rising sea levels after glacier retreat filled the coastal plain and brought salt water further up the river.  The fresh and salted water mixes in the stretches around Poughkeepsie and Newburgh, depending on the season and weather patterns. Washington’s Headquarters in Newburgh, the nation’s first publicly-operated historic site,  overlooks the Hudson. Its Hasbrouck House served as George Washington’s headquarters during part of the Revolutionary War. The site was chosen for its safe location and proximity to West Point. It was in Newburgh in 1783 that Washington issued his Proclamation of Peace, ending the Revolutionary War. 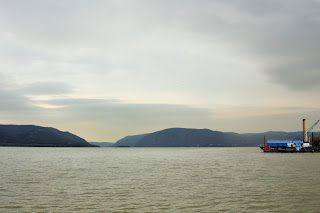