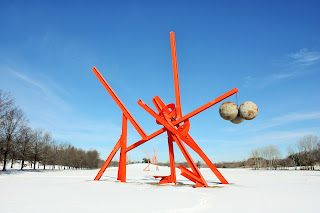 We had a snowstorm forecast for this past Saturday. Accumulations in the Hudson Valley ended up varying, both in reporting and in actuality. The fact that the New Windsor area had very little was good because I had purchased tickets for one of the Winter Sundays at Storm King Art Center. 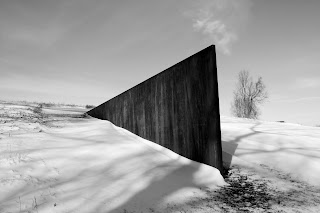 Storm King, one of the Hudson Valley’s largest sculpture parks, attracts visitors from all over the world. Its 500 acres are dotted with over 100 sculptures in mediums such as stone, wood, metal, landscape, and even U.S. currency. Carefully sited to encourage viewing from multiple angles (including some from underneath), the works explore various themes such as pyramidal voids, negative space, repurposing, and organic forms. 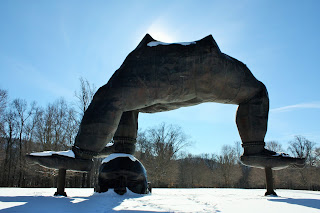 Alexander Calder’s black steel triangular curving The Arch was installed in 1976 and was described as “monumental, but not overbearing.” Sculptor Mark di Suvero has multiple works displayed at Storm King. His most visual pieces include bright orange angular sculptures that explore balance and movement.

Storm King is closed for the winter season but opens periodically for special events like the Winter Sundays. Admission was $40 per car of 5. So what is the best season to visit this Hudson Valley  outdoor sculpture park? My favorite is winter, especially when there's a little bit of snow leftover from a mild storm. 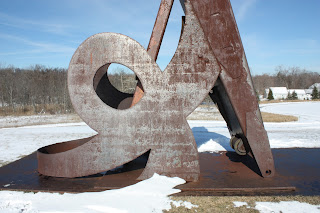