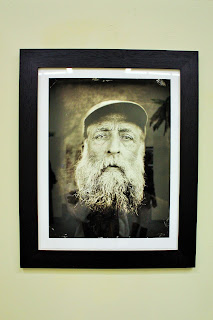 Open any photography magazine and you’re bombarded by ads for the most modern technology to help you get a great shot. Editing programs, lenses, GPS and astronomy to help you find the exact location Ansel Adams stood in to shoot his famous mountain views. When it comes to art, sometimes technology has it’s limits. Cameras don’t take pictures, photographers do. The right equipment makes your work easier and results come in less time, but it won't guarantee a powerful shot. 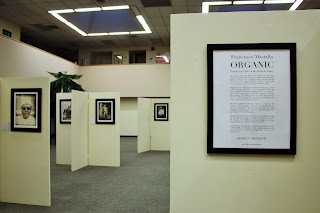 Take for example local photographer Francesco Mastalia and his recent exhibit Organic. Mastalia’s almost forgotten method of photography is called wet plate collodion. Also known as “The Black Art,” it dates back to 1851 and involves a large wooden camera, an 1870s brass lens, and portable darkroom. Glass plates are coated with light-sensitive salts and after a complex process, produce specacular and striking images. The method is time consuming and done without the gadgets and light meters many of today’s photographers can’t live without. I saw the exhibit at SUNY Orange in Middletown and it was also featured at BAU Gallery in Beacon, the Moviehouse Studio Gallery in Millerton, and Westchester Community College. 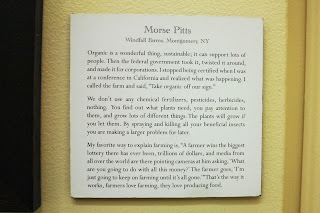 Mastalia’s Organic showcases Hudson Valley farmers and chefs whose common mission is healthy food and responsible stewardship to preserve land for future generations. The project includes quotes from Mastalia’s subjects on their view of the country’s obsession with all things “organic,” a word that supposedly simpllifies our modern lives, but turns out to be multi-layered. Our food, like Mastalia’s work in this old medium, need not be easy, fast or convenient.

Francesco Mastalia: www.franciescomastalia.com
﻿
Posted by Lauren Berg at 9:46 AM No comments: 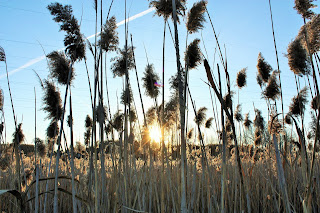 Last week a card came in the mail wishing me a happy Samhaim. Wiccans celebrate this festival as it marks the end of the harvest season and the beginning of winter, and is one of four seasonal celebrations throughout the year. It's a festival of darkness, balanced later in the year by the festival of Beltane, a celebration of light and fertility. 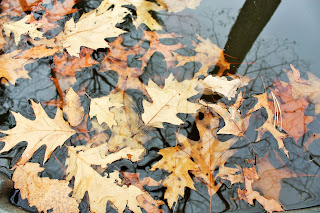 This time of year, specifically leaf-peeping season, is one of the most popular in the Hudson Valley. Every year you’ll find local publications recommending the best spots to view changing leaves: clifftop overlooks in the Gunks, winding roads like the Hawk’s Nest, and riverside views of the Hudson. The reds, oranges, and yellows are here for a few weeks and then disappear before winter. Spectacular views do make for great fall foliage photos, but just as interesting can be autumn sunsets, leaves in a puddle, or dying vegetation that isn’t necessarily bright and colorful. 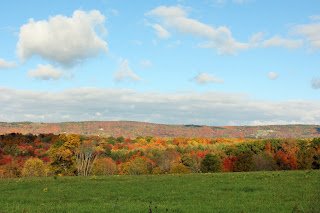 If you don't feel up to partaking in the traditional Samhaim rituals of taking stock of your herds and food supplies, or bonfires and divinations, take the time to step outside and see why Wiccans feel this time of year to be when the divide between the Earth and the afterlife is the thinnest, facilitating communication between beings of this Earth and those who have left before us. 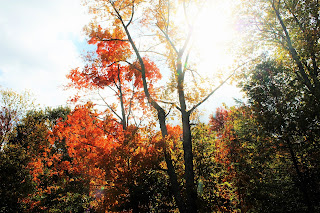 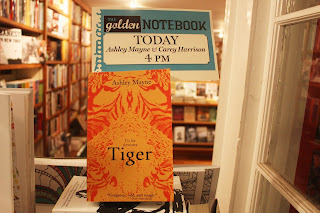 The Japanese term tsundoku means letting unread books pile up on floors and shelves and nightstands. Though not a familiar word in the U.S., a tsundoku is a familiar sight in many a reader’s home. At the top of my reading pile is local author Ashley Mayne’s new novel Tiger (Dr. Cicero Books, 2015). 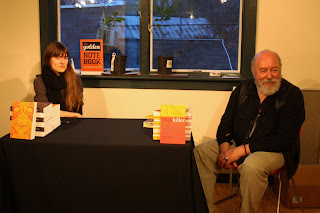 Mayne appeared at the Golden Notebook in Woodstock last week for a reading of Tiger and also her shorter work Mankiller (Dr. Cicero Books, 2014). In conversation with Carey Harrison, the English novelist and dramatist, the two read excerpts from her books and delved into the inspiration that brought the ideas to the page. Tiger’s characters include a fallen Jesuit priest, a tiger in an Indian village with a taste for humans, and a photographer with a restless past. Mayne said inspiration came from a conversation about tigers living in New York City. Stories abound of city-dwellers sharing their small urban apartments with tigers, perhaps in hopes that the wild animals would be like family dogs, staying small and cuddly forever. 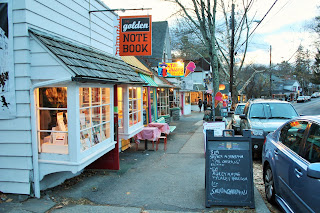 The Golden Notebook hosts regular literary events, many with local authors. A calendar can be found on their website. The store is one of those dreamy small independent book sellers that seem to be few and far between these days. A good place to grow your tsundoku.
Golden Notebook: www.goldennotebook.com

Ashley Mayne in the Chronogram: http://www.chronogram.com/hudsonvalley/wild-at-heart/Content?oid=2332237
Posted by Lauren Berg at 7:36 AM No comments: