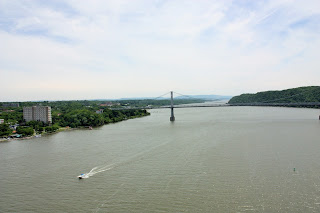 On May 8th, 1974 a thick cloud of black smoke appeared over the Poughkeepsie-Highland Railroad bridge. The fire, supposedly started by sparks generated by a passing train, damaged the tracks so severely that the bridge was closed after almost a century of use. 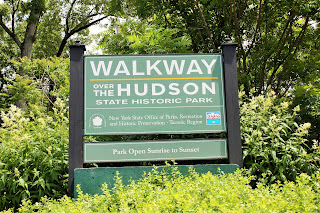 In 1992, the nonprofit Walkway Over the Hudson began campaigning for reconstruction of the bridge which spans the Hudson River, connecting Highland and Poughkeepsie. As current owners of the bridge, their goal was to create a walkway that was accessible to the public. 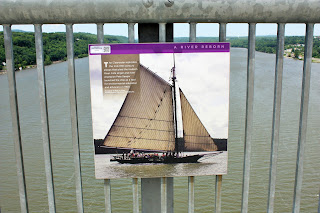 Construction began in summer 2008. The bridge stands at 212 feet above the water and is comprised of 973 concrete panels, each weighing 15 tons. During initial construction in 1886 regulations required it be tall enough to accommodate the mast of sailing ships. Today the clearance requirement is a mere 135 feet. The final panel was laid in September 2009 and the bridge opened shorty after. New York State Parks oversees the public use of the facility and the New York State Bridge Authority maintains the structure itself.  Reconstruction was funded with $38.8 million in public and private funds. Construction of the structure in 1886 cost $3.3 million, and estimates to demolish the structure were over $50 million. 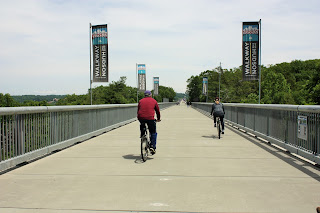 Besides spectacular views of the Hudson River, the park offers lecture series on local bridges, Fourth of July fireworks, and movie night under the walkway.


Walkway Over the Hudson: www.walkway.org
Posted by Lauren Berg at 10:51 AM