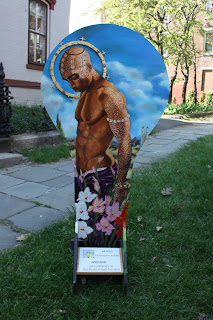 Thomas Edison is famous for inventing the light bulb. In fact, he built the Montgomery Street power station in Newburgh and helped the city become the second American city, after New York City, to have a street lighted using electricity. 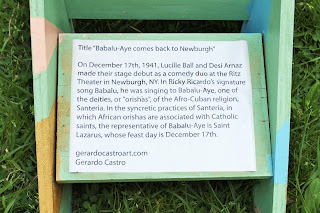 The Lightbulb Project incorporates dozens of decorated 4-foot tall plywood light bulbs displayed throughout the city. All by artists from a range of mediums, subjects include animals, cars, flowers, geometric shapes, cinema, and other cultural references. 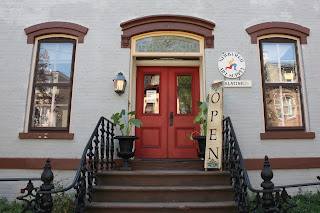 The project is organized by Michael and Gerardo, proprietors of Newburgh Art Supply on Grand Street. The store opened in 2008 and is one of the few small local supply shops. They offer paints, pastels, paper, gifts, and more. In addition to the light bulb project and store, Michael and Gerardo organize local art events including the annual Newburgh Open Studios tour. Held this year on September 26 and 27, it's a free self-guided tour of local artists studios. Participants can pick up a map at the store and walk to the many of the locations. I went a few years ago and got to experience the workspaces of painters, a video installation, and went inside the old Regal bag factory on North Water Street. The event provides not only access to unique spaces that are otherwise private, but also a look into the creative process. 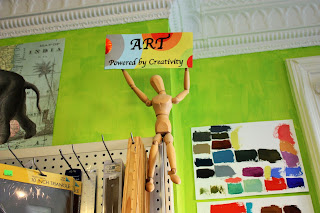 I stopped in the store recently and spoke with Michael and Gerardo about the store and what they're doing around Newburgh. Michael said, "We bring art to the public, that's what we're always doing. People can be intimidated about galleries and they don't always know what that's about. We bring it outside."