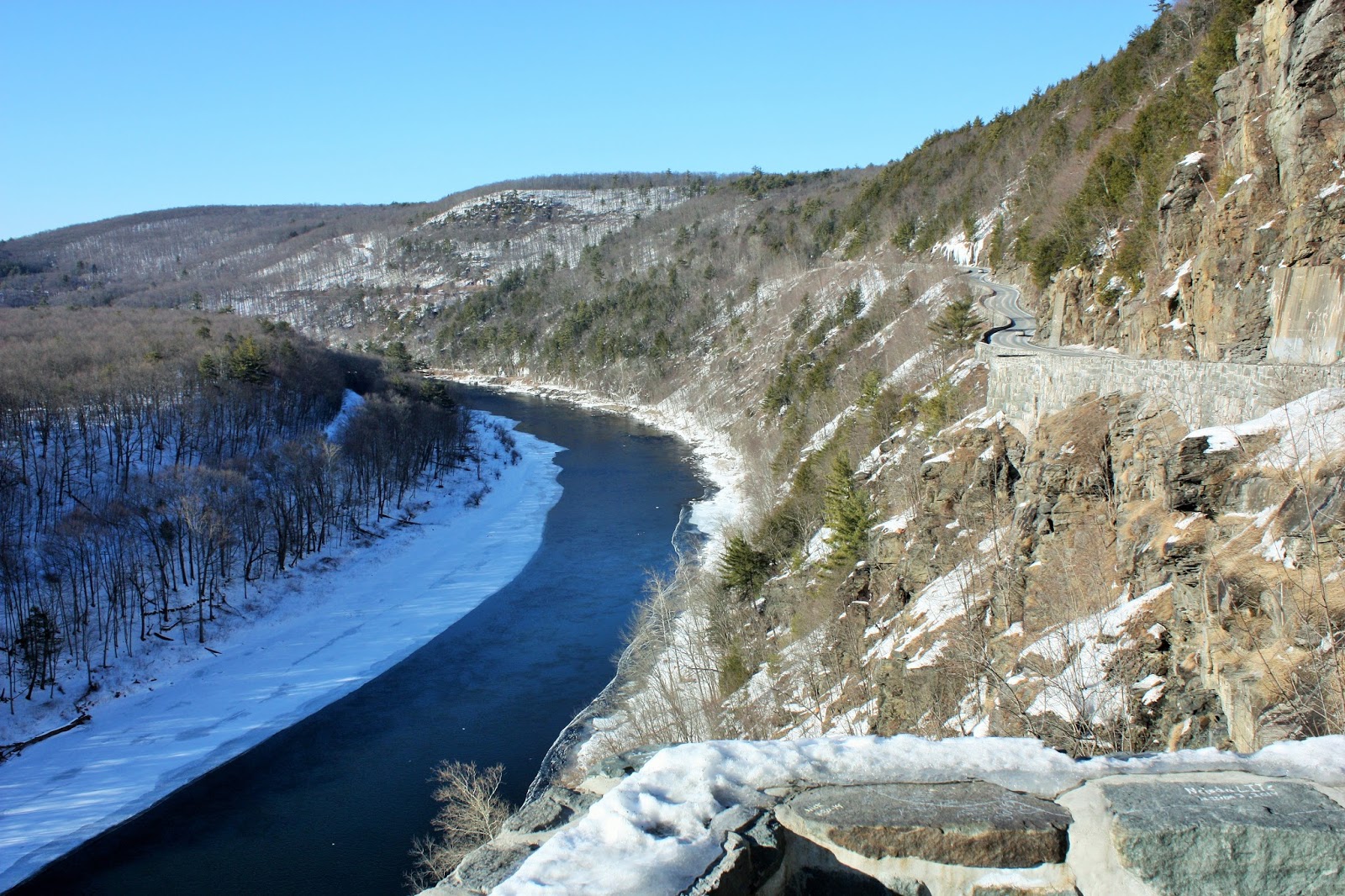 If you follow Route 97 a few miles out of Port Jervis, you'll soon come to the Hawk's Nest portion of the road. It's a scenic drive along cliffs overlooking a stretch of the Delaware River which divides New York and Pennsylvania. The road is a popular local attraction, especially for motorists, and has been featured in commercials. You can find it on numerous motorcycle enthusiast forums as a trip not to be missed. 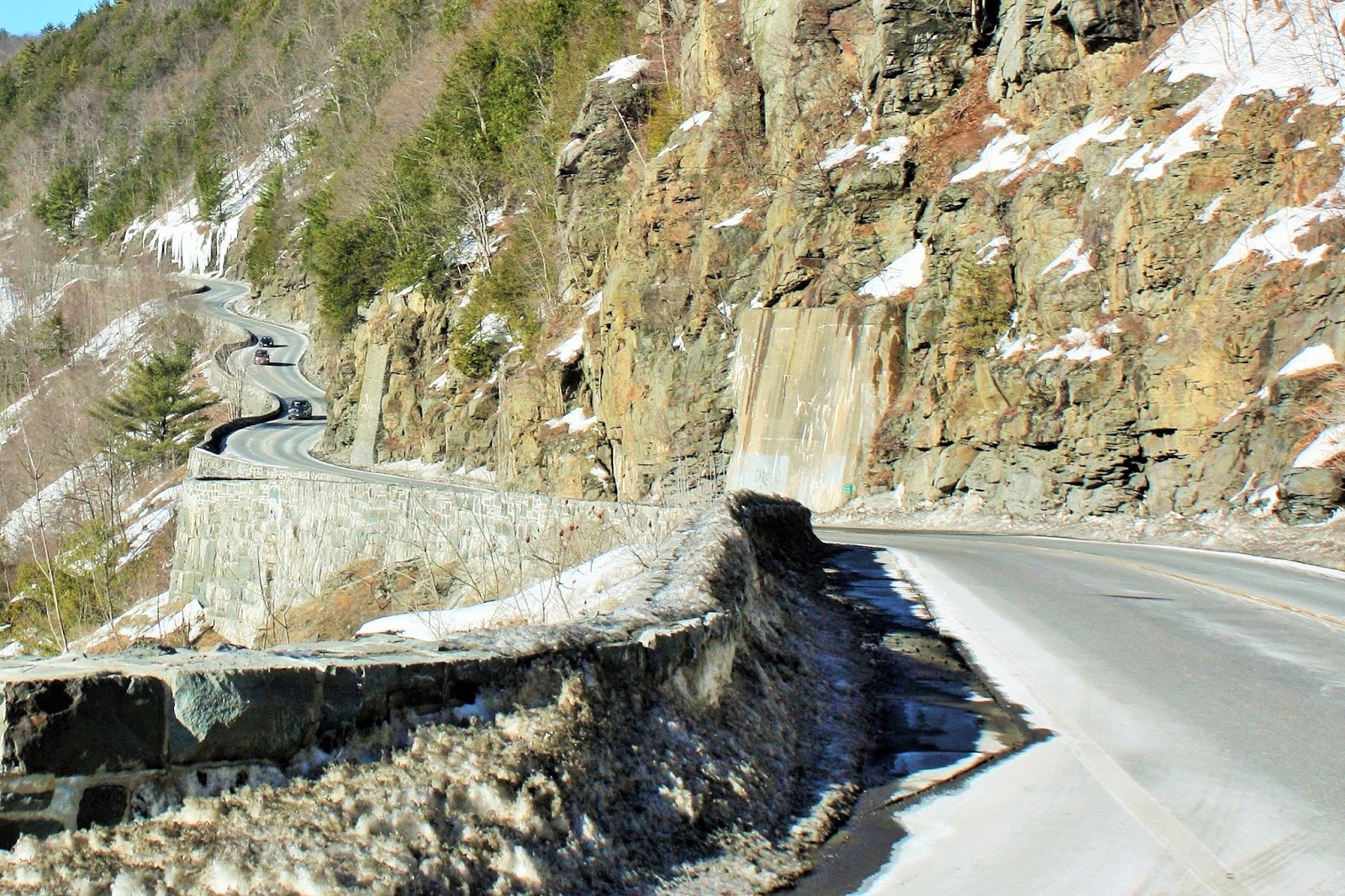 There are several small sections along the winding route to and park in. The stone walls that line the road are only a few feet tall, making for a spectacular, though relatively unrestricted view. In July 2012 a woman died after falling from the edge. In October of that same year a fisherman discovered a body about a mile from the overlook, followed by an investigation that turned into a murder charge for a Brooklyn man. 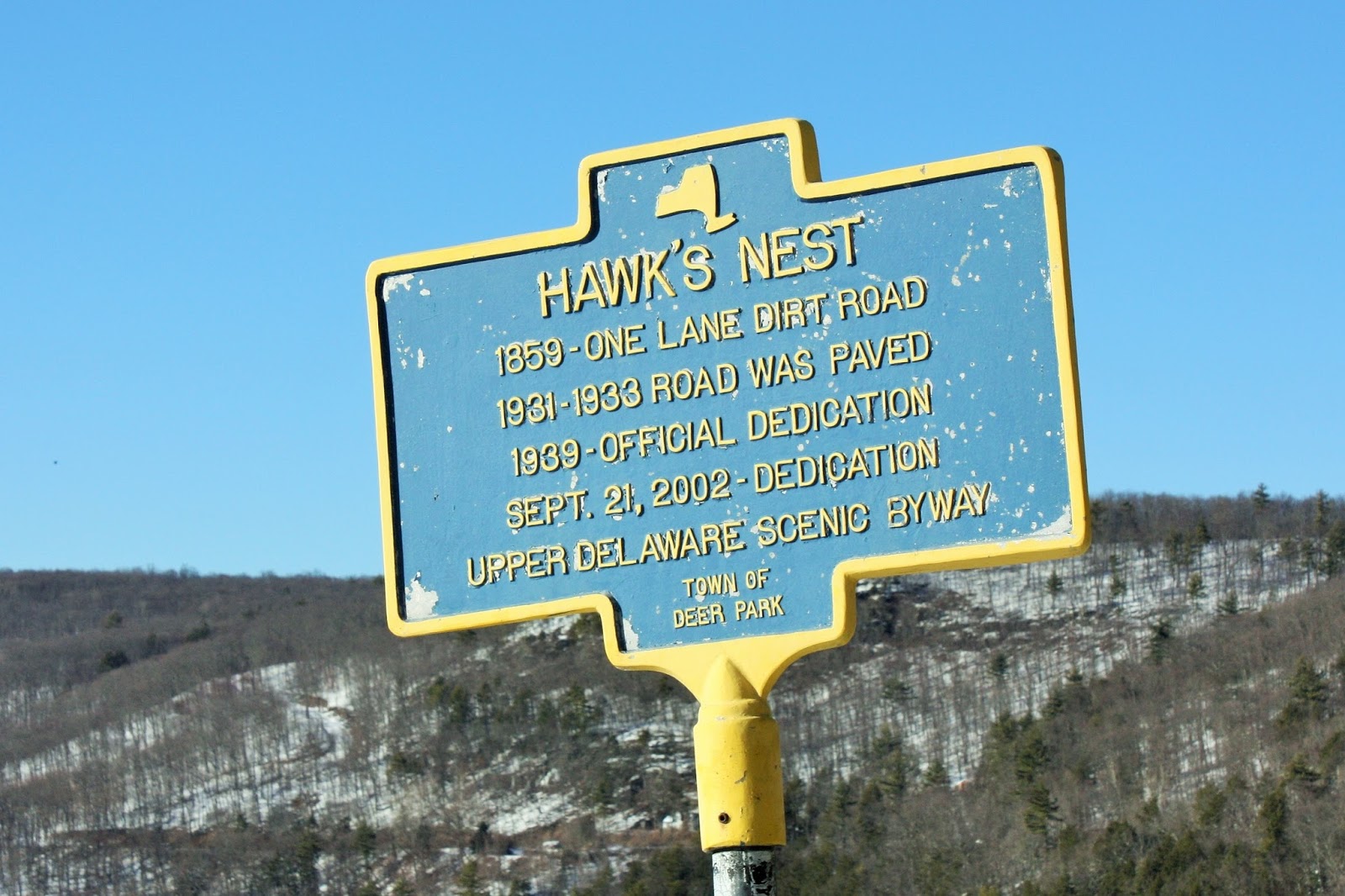 In 1939 the entirety of Route 97 opened to the public. According to the New York Times, this winding overlook section came with a price tag of $2 million, which translates to $33.9 million in 2015. A bit further up Route 97 you'll find Roebling's Delaware Aqueduct, the oldest existing wire suspension bridge in the U.S. 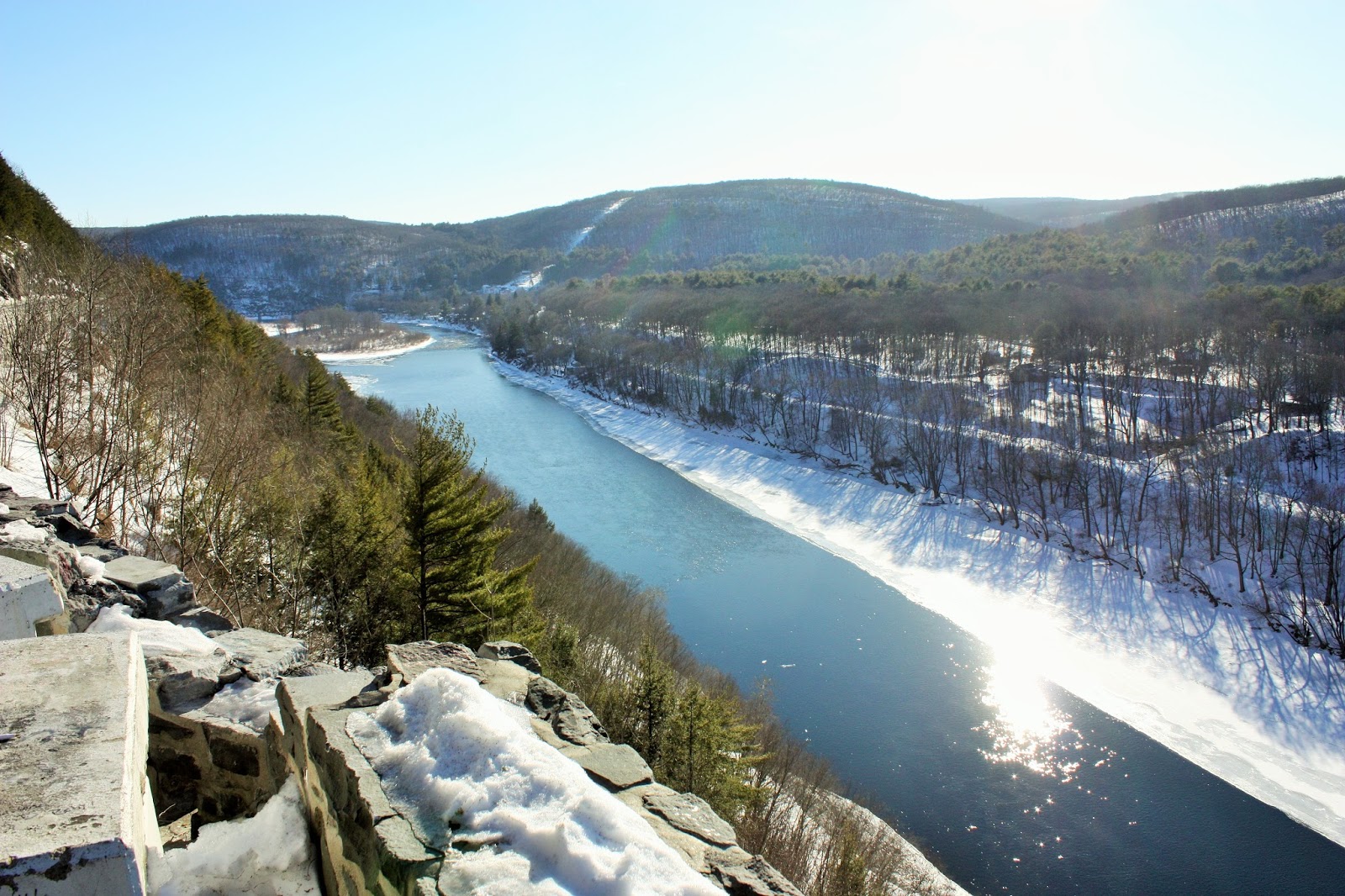 Keep driving and you'll come to Narrowsburg which is also a pretty cool place, but that's for another post. 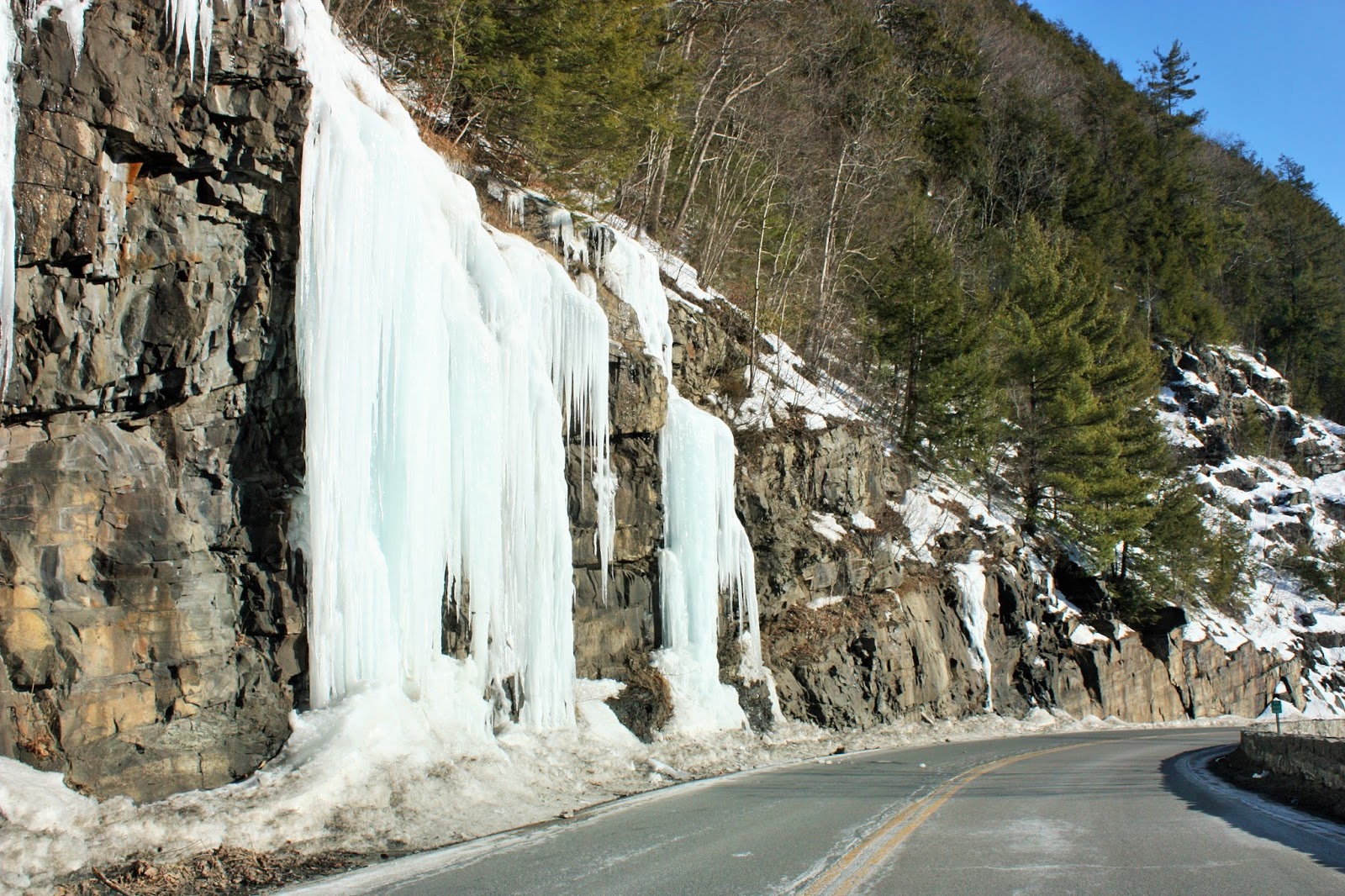